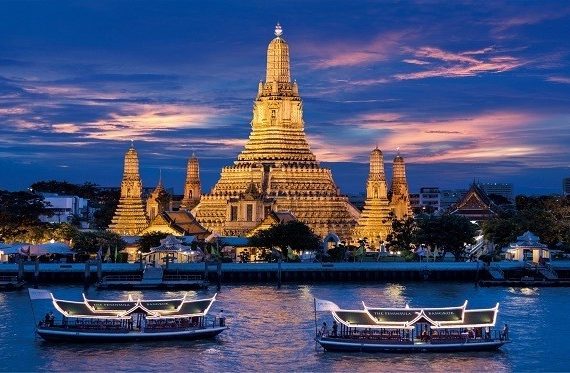 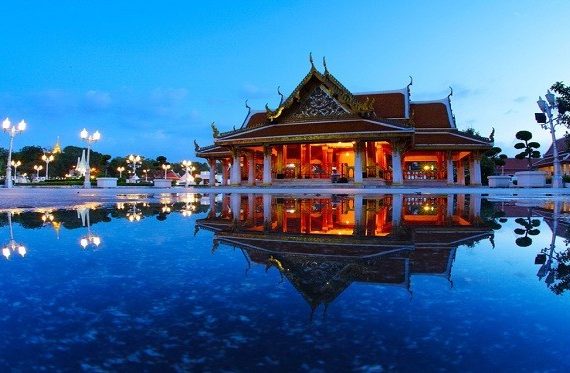 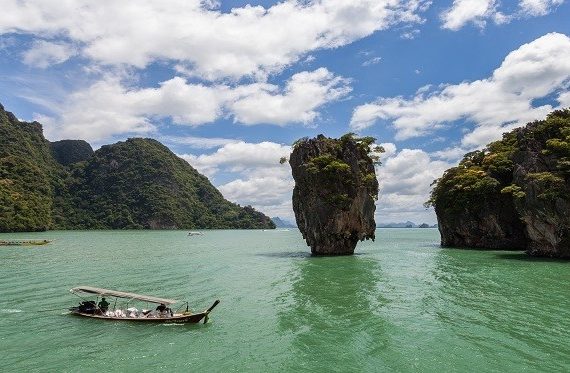 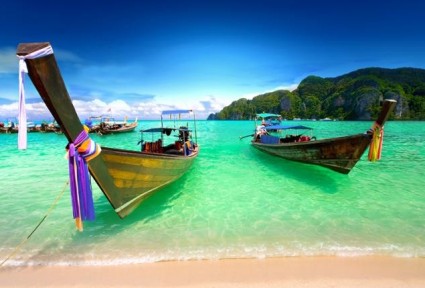 Upon Arrival at Bangkok Airport, Meet and Greet with our local representative. We will take you on a 2 hour drive to the picturesque Pattaya, a breathtakingly beautiful beach destination. Interested travelers will be happy to know that the nightlife of Pattaya is one of the most happening in the world. Rest of the day is at Leisure. Overnight at the hotel. 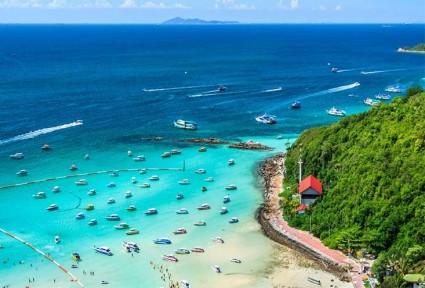 After breakfast at the hotel, speedboat your way to the idyllic Coral Island through the sparkling aqua-blue waters of the Gulf of Thailand. Spend the day luxuriating under the warm tropical sun. Relax, swim, snorkel or just lie around sunning on the island's immaculate golden beaches. You can also dive down into the waters for a more personal experience. After a relaxing time at the island, return and relish upon a sumptuous Indian lunch. In the Evening you be taken for Alcazar Show. A unique female impersonation artists show. The entertainment provided includes full cabaret performances featuring countless lady-man performers wearing some of the most extravagant evening wear you are ever likely to see in a hall employing state-of-the-art light and sound technology. Overnight stay at the hotel.
Meal Included
BreakfastLunch

Enjoy Breakfast at the Hotel. Get ready for half day Mini Siam Tour. Pattayas most exciting Kingdom of wonders, Mini Siam, is the first town of miniatures of the country faithfully featuring hundreds of scaled models of important historical monuments and architecture from all over the Kingdom. The arts centre is also the venue of the delightful daily cultural performance featuring 150 artists presenting the Mini Siam Cultural Show. In the Evening you will be taken to Tiffany Show, Experience an amazing, spectacular, and outstanding cabaret performance at the Tiffany's Show. You will be astonished by the fully-packed entertainment value of which you would never find anywhere else in one night. Overnight Stay at the Hotel.
Meal Included
Breakfast 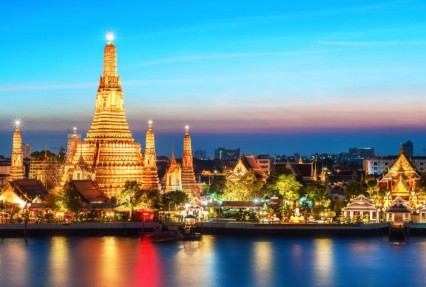 After breakfast at the hotel, you can say goodbye to Pattaya as today you are going back to the city of temples, spas, endless shopping sprees and a vivid nightlife. Bangkok. In the evening you will be taken to Dinner Cruise By Grand Pearl. Enjoy a superb dinner while slowly cruising along the Chao Phraya River on board either a traditional rice barge or a modern luxury vessel. The spectacular sights along the riverbank will make an impressive backdrop to the meal. Overnight at the hotel.
Meal Included
Breakfast 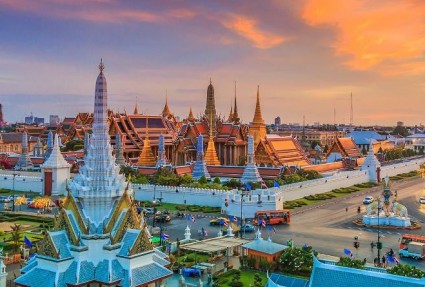 After breakfast at the hotel, you will be taken for a temple and City Tour Today. We will take you through the hustle of Bangkok to visit the capitals most significantly and visually stunning temples. WatTrimitr, on the edge of Chinatown, which houses the world's largest solid gold Buddha. And visit to WatBenjamabophit, also known as the marble temple featuring a fusion of Thai and European styles. In the evening get ready for Siam Niramit Show. Siam Niramit is a world-class performance of Thailand's arts and cultural heritage. This must-see spectacular show is performed on the gigantic stage listed in the Guinness World Records! The show features over 100 performers, lavish costumes and stunning set designs. Enhanced special effects and the world's most advanced technology are used to produce a very realistic, stimulating and inspiring experience. Overnight at the hotel.
Meal Included
Breakfast 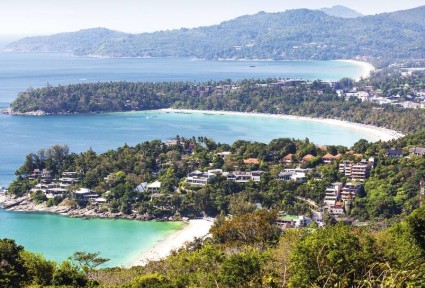 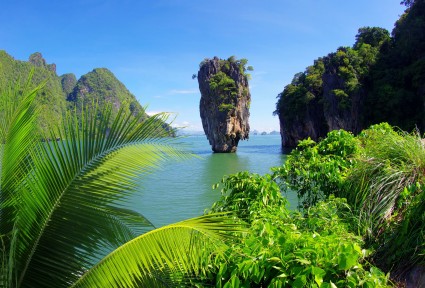 After breakfast at the hotel, Half of the day is at Leisure today. In the evening you will be taken to Phuket Fantasea Show. It is a Thai cultural theme park - the world's first entertainment park that presents Thai Culture and Tradition as its main theme. All the attractions in the Park, be it the show, the restaurant, the shopping street and all other areas are inspired by Thai mythology, legends and folklores. The name FantaSea is a combination of the word Fantasy and Sea to mean a Sea of Fantasy. Overnight at the hotel.
Meal Included
Breakfast.

After Enjoying Breakfast at the Hotel, get ready for Half day Phuket City Tour. Take in Phuket Island's natural beauty as you are driven along beach roads through Patong, Karon and Kata. Visit the 'Three Beaches' viewpoint where you can take in a great vista of the beautiful bays of Kata Noi, Kata, Karon and KhoPu Island, at one of the island's best scenic spot. This tour gives an insight into the highlights of the 'Pearl of the Andaman'. It also includes a leisurely drive around Phuket town to view the Sino-Portuguese style buildings. Other attractions visited are Gems factory, WatChalong, a Cashew Nut Factory, Sunset viewpoint at Phromthep Cape/Windmill Point and other local products place. In the evening you will be taken to Evening - Simon Cabaret Show. Well-established as a market leader of professional entertainment. Since opening in October 18, 1991, Phuket Simon Cabaret has established itself as Phuket leading entertainment venue. For sheer entertainment, nothing can beat this famous Phuket Simon Cabaret. In the exclusive, luxurious and intimate theater with hi-tech sound and light equipment costumes and the unforgettably glamorous performers.Overnight stay at the Hotel.
Meal Included
Breakfast.

After breakfast at the hotel, check out from hotel @ 12:00 hrs and proceed to Phuket airport for your onward
Meal Included
Breakfast. journey. 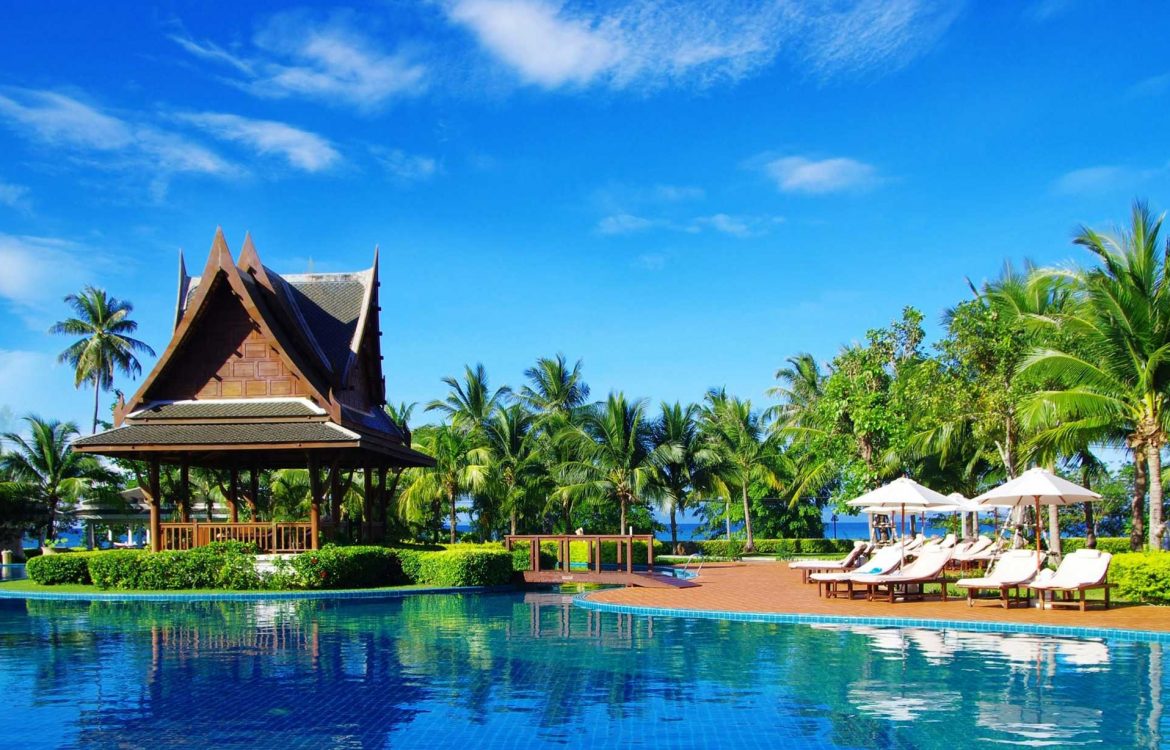