Booking for : Swiss With Austria 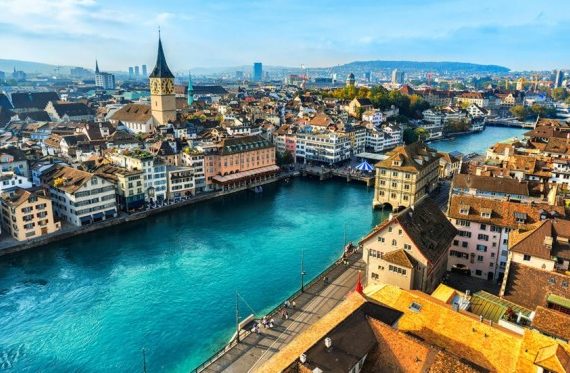 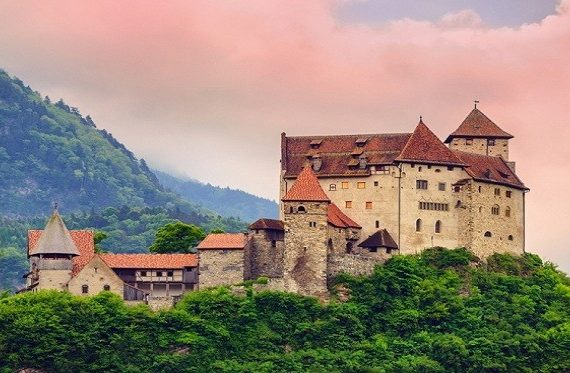 Switzerland, officially the Swiss Confederation, is a sovereign state situated in the confluence of western, central, and southern Europe. It is a federal republic composed of 26 cantons, with federal authorities seated in Bern. Switzerland is a landlocked country bordered by Italy to the south, France to the west, Germany to the north, and Austria and Liechtenstein to the east. It is geographically divided between the Alps, the Swiss Plateauand the Jura, spanning a total area of 41,285 km2 (15,940 sq mi), and land area of 39,997 km2 (15,443 sq mi). While the Alps occupy the greater part of the territory, the Swiss population of approximately 8.5 million is concentrated mostly on the plateau, where the largest cities are located, among them the two global cities and economic centres of Zürich and Geneva.

The establishment of the Old Swiss Confederacy dates to the late medieval period, resulting from a series of military successes against Austria and Burgundy. Swiss independence from the Holy Roman Empire was formally recognized in the Peace of Westphalia in 1648. Since the Reformation of the 16th century, Switzerland has maintained a strong policy of armed neutrality; it has not fought an international war since 1815 and did not join the United Nations until 2002. Nevertheless, it pursues an active foreign policy and is frequently involved in peace-building processes around the world. Switzerland is the birthplace of the Red Cross, one of the world’s oldest and best known humanitarian organisations, and is home to numerous international organisations, including the second largest UN office. It is a founding member of the European Free Trade Association, but notably not part of the European Union, the European Economic Area or the Eurozone. However, it participates in the Schengen Area and the European Single Market through bilateral treaties. 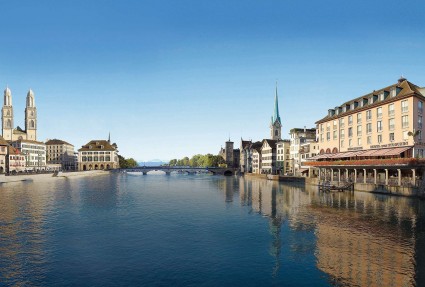 On arrival at Zurich, take your transfer to reach at your Hotel (on your own). Enjoy rest of the day at leisure. Overnight at the hotel.
Meal Included
Breakfast 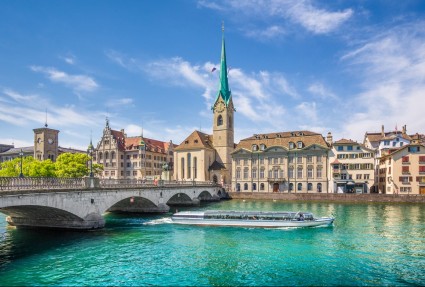 After breakfast, proceed to Engelberg town a base cable car station of Mt. Titlis. The Titlis Rotair revolving gondola transports you easily to the mountain station. Take your time and visit the Swiss Lion shop, the world's highest watch shop. You can even have your photo taken in traditional Swiss costume in our photo studio. The glacier cave is only a snowball's throw from the mountain station. The glistening, blue ice tunnel leads deep down into the fascinating world inside the glacier. In the summer months, the Ice Flyer chair life will take you to the glacier park where all kinds of fun snow activities await. Grab a snow tube or a speedy sled and whiz down the piste, whipping up plenty of snow as you go. You may also do the Titlis Cliﬀ Walk is a pedestrian bridge along the cliﬀ of Mount Titlis in the Swiss Alps. Later, in the afternoon, proceed to the city of Lucerne for Orientation tour and see the Chapel Bridge-The Chapel Bridge is a covered wooden footbridge spanning diagonally across the Reuss River in the city of Lucerne. Named after the nearby St. Peter's Chapel, the bridge is unique since it contains a number of interior paintings dating back to the 17th century, Jesuit Church- This beautiful church is considered to be the ﬁrst large baroque style church ever built in Switzerland. Lion Monument-The Lion Monument, or the Lion of Lucerne, is a rock relief in Lucerne, Switzerland, designed by Bertel Thorvaldsen and hewn in 182021 by Lukas Ahorn. Post tour return back to the hotel. Overnight at the hotel.
Meal Included
Breakfast

After breakfast, enjoy rest of the day at leisure or choose an optional excursion to Mt. Jungfrau - Top of Europe. The Jungfraujoch - Top of Europe is the highlight of any Swiss holiday. The highest railway station in Europe is located 3,454 metres above sea level. You have access to a high-alpine wonderland of ice, snow and rock, which can be admired from the viewing plavorms, on the Aletsch Glacier or in the Ice Palace - experience the magic. Visit the Sohinx observation tower. Ager the tour we will proceed for orientation tour of Interlaken. We will start from Hheweg is the main street in Interlaken, which stretches from the city's central square to the east. Roman Catholic church- Situated on Schlossstrasse, this Swiss religious building houses a Roman Catholic parish church, which oﬀers worship masses, religious education, and other. Group members not opting for Mt. Jungfrau will have an opportunity to proceed to the city of Interlaken for an orientation tour. Post tour return back to the hotel. Overnight at the hotel.
Meal Included
Breakfast 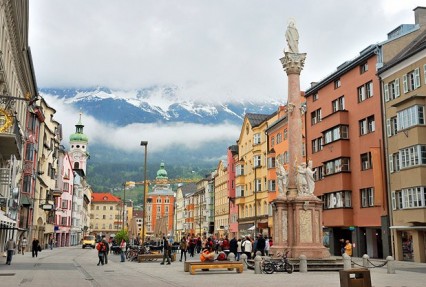 After Breakfast, Check-out and board your coach to drive to Innsbruck. You will pass through Vaduz, the capital city of the princely country of Liechtenstein. Take a quick stop in Vaduz and some time to explore the city. Later, drive to Innsbruck. Wattens to take the vision of the noteworthy collection of world famous Crystals in Swarovski museum. You will also get surprised to see 'Chetak' the favorite horse of Maharaja Rana Pratap of Rajasthan- ornamented with Swarovski's Gemstone Jewels. You will be provided with your time to shop for jewelry and other souvenirs for your friends and relatives as a symbol of love and remembrance of this exotic place. On Arrival Innsbruck, Orientation tour of Innsbruck capital of Tyrol Province, you will cover the Golden Dachl Maria Theresa square, Imperial Palace, the Golden Roof, Imperial Palace, River Inns, Royal Church etc. Later we will have dinner at Indian restaurant and later proceed for Check-in to the hotel. Overnight at the hotel.
Meal Included
Breakfast 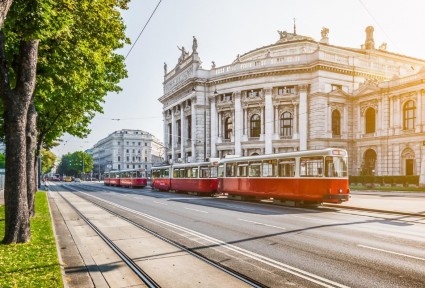 After Breakfast, Check-out and board your coach to Wattens to take the vision of the noteworthy collection of world famous Crystals in Swarovski museum. You will also get surprised to see 'Chetak' the favorite horse of Maharaja Rana Pratap of Rajasthan- ornamented with Swarovski's Gemstone Jewels. You will be provided with your time to shop for jewelry and other souvenirs for your friends and relatives as a symbol of love and remembrance of this exotic place. Later proceed to Vienna via Salzburg. Orientation Salzburg city tour visit Salzburg Cathedral is the seventeenth-century Baroque cathedral of the Roman Catholic Archdiocese of Salzburg in the city of Salzburg, Austria, dedicated to Saint Rupert and Saint Vergilius. and enjoy free time at Residenzplatz- Residenzplatz is a large, stately square in the historic centre of Salzburg in Austria. Mozartplatz- This large courtyard is best known for its memorial statue of composer Wolfgang Amadeus Mozart. Later proceed to Vienna. Check-in to the hotel. Overnight the hotel.
Meal Included
Breakfast

After Breakfast, we will proceed to guided panoramic City tour of Vienna. We drive on the Ring Boulevard and see the State Opera House, the Parliament, the City Hall and the Burgtheater. We also make a phostop at Hofburg-former winter residence of the Habsbrg family and the Belvedere Palace-former summer residence of Prince Eugene. Our last visit to Schonbrunn Palace (ticket not included). After completing the Schonbrunn tour we will drop you at Vienna Boulevard and most famous shopping street Rings trasse where you may spend free time and explore on your own. Post tour return back to the hotel. Overnight at the hotel.
Meal Included
Breakfast

After breakfast, check out from hotel and take transfers to airport for onwards journey to home country.
Meal Included
Breakfast