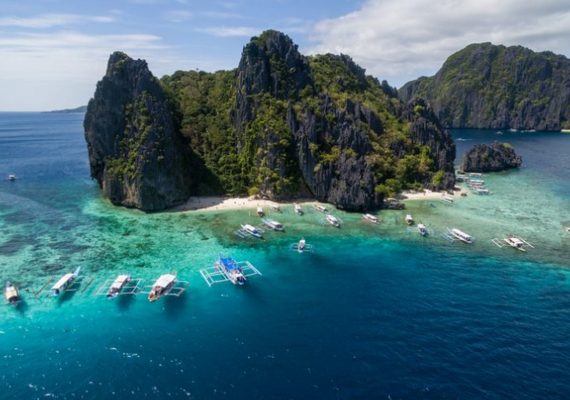 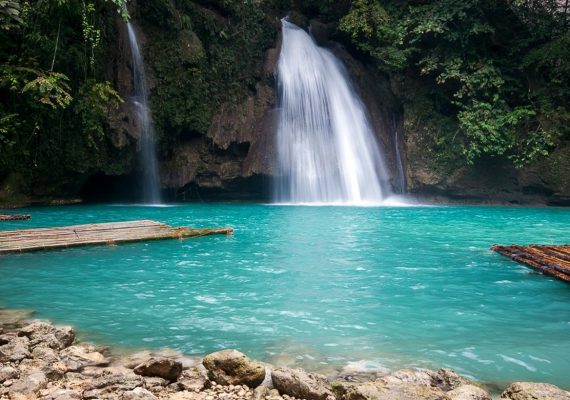 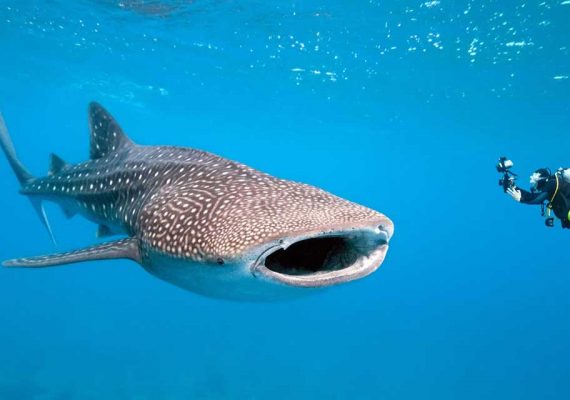 The Philippines’ location on the Pacific Ring of Fire and close to the equator makes the Philippines prone to earthquakes and typhoons, but also endows it with abundant natural resources and some of the world’s greatest biodiversity. The Philippines is the world’s 5th largest island country with an area of 300,000 km2 (120,000 sq mi).[22][4][5] As of 2015, had a population of at least 100 million.[7] As of January 2018, it is the eighth-most populated country in Asia and the 12th most populated country in the world. Approximately 10 million additional Filipinos lived overseas,[23] comprising one of the world’s largest diasporas. Multiple ethnicities and cultures are found throughout the islands. In prehistoric times, Negritos were some of the archipelago’s earliest inhabitants. They were followed by successive waves of Austronesian peoples.[24] Exchanges with Malay, Indian, Arab and Chinese nations occurred. Then, various competing maritime states were established under the rule of datus, rajahs, sultans and lakans. 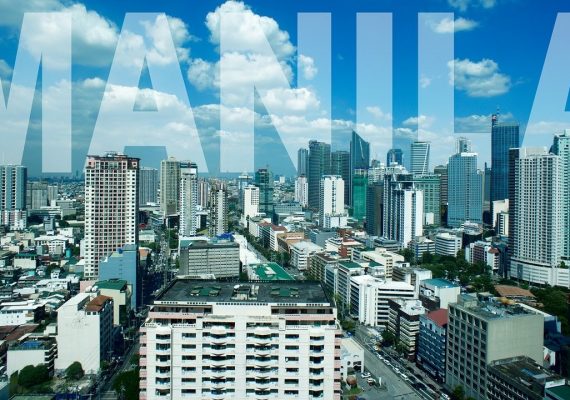 You will be welcomed upon arrival and transferred to your hotel in Manila by our representative from Manila Overnight at the hotel.

After breakfast at the hotel, depart for Manila city tour– the capital of the Philippines.This tour shows you modern Manila and then takes you back in time to discover the “Charms of Old Manila”. See the Makati financial district, and nearby Forbes Park, fittingly dubbed “Millionaires’ Row,” then visit the large and beautiful American Cemetery and Memorial. Visit historic Rizal Park where the remains of the Philippines’ national hero, Dr. Jose Rizal, lie within the cornerstone of Rizal Monument. Then it is on to the walled city of Intramuros built during the Spanish colonial period and the San Agustin Church, the oldest structure in the country, which dates back to 1571. Finally visit Fort Santiago which served as headquarters of the military for the Spanish, American and Japanese colonizers until its destruction in 1945. Overnight at the hotel. 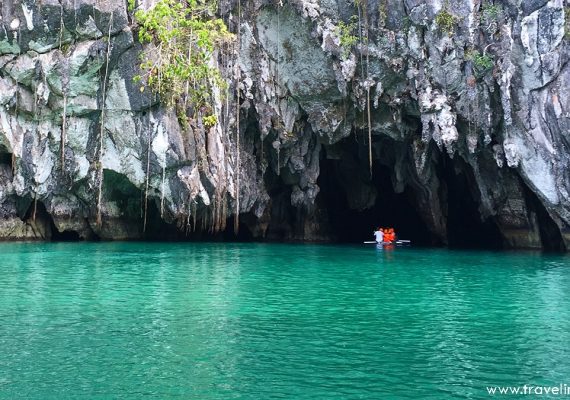 After breakfast at the hotel; check-out and transfer-out for your domestic flight going to Puerto Prinsesa.Puerto Princesa is a coastal city on Palawan Island in the western Philippines. It's a base for boat trips through the massive limestone caves and Underground River of the biodiverse Puerto Princesa Subterranean River National Park.Check in to the hotel and free for leisure.Overnight at the hotel.

Have breakfast and proceed with your Underground river forest Tour. Declared as a Natural World Heritage Site by the United Nations Educational and Scientific Organizations (UNESCO) on December 4, 1999 because of its unique geological Features and globally significant biodiversity is also known as the Underground River Park. There forest ecosystems are home to 800 species of Plants, 165 Species of birds, 30 species of mammals, 19 species of reptiles and 10 species of reptiles and 10 species of amphitheaters. On board a paddle boat with outriggers and equipped with search light one enters a mystical environment exploring the pitch-dark inner recesses of the cavern. Every Turn and bend in its navigable stalactite and stalagmites pillared interiors appears different rock formations and doomed amphitheaters.After the tour Local Lunch and depart for EL Nido.Overnight at the hotel. 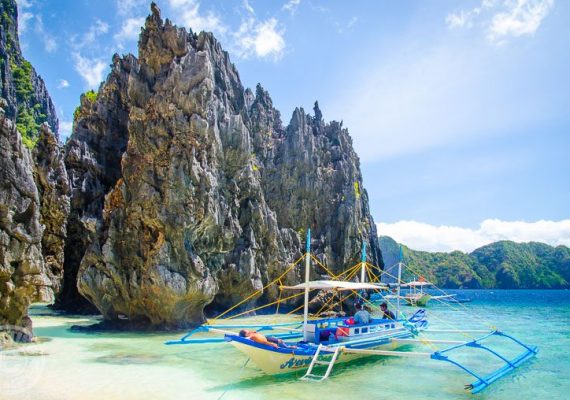 Have breakfast and proceed with your El Nido Tour.During the day, you will discover beautiful lagoons, beaches and snorkeling spots where you can swim and admire the corals, the colorful fauna and its hundred of fishes species. Big Lagoon, Small Lagoon, Simizu Island, Secret Lagoon, 7 Commando Beach. & Local Lunch.Overnight at the hotel.

After breakfast at the hotel; check-out and transfer-out for your domestic flight going to Cebu.Cebu, the “Queen City of the South”, the second most significant metropolitan centre in the Philippines and is also known as the oldest city established by the Spaniards in the country. Cebu is known for its sumptuous food and delicacies as well as its vibrant beaches and nature activities.Evening is free for leisure Overnight at the hotel. 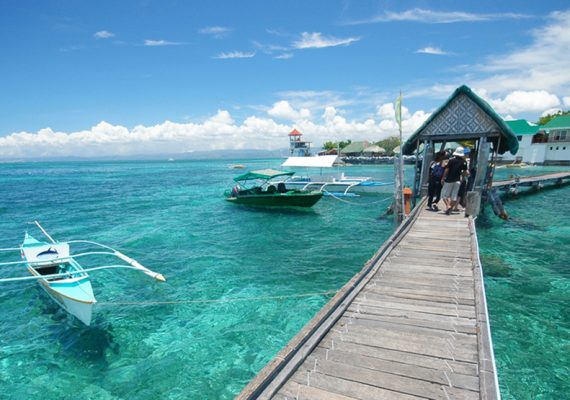 Early depart at 3:00 AM, proceed with Close encounter with the gentle giants – be captivated as you watch friendly creatures of the sea. Take pleasure in watching & swimming with this gentle whale sharks; a once in a lifetime experience. Kawasan Falls A Cozy trek, A Peaceful River, A gentle hush of rushing ice cool water, All This and more in Badian’s Kawasan falls! Kawasan Falls is a popular getaway destination in the southern part of cebu. With its lush tropical trees and plants everywhere, peaceful flow of the river as it gracefully rushes to the distant sea, the sound of the waterfalls on the background, you will surely enjoy the cool and deep fresh water and everything around just seems so relaxed, simple and very serene. Just nature as is should be. Prepare going back to Cebu Hotel Overnight at the hotel. 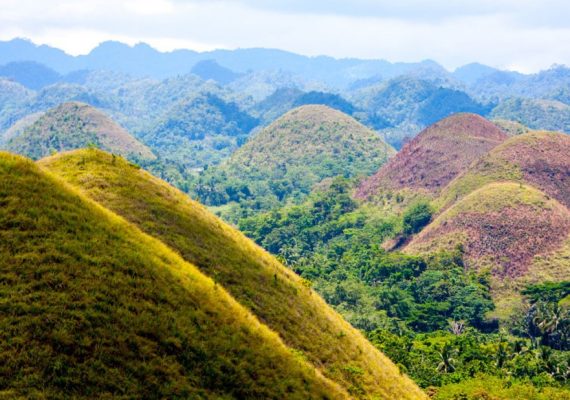 Early depart for Bohol day trip. En route to chocolate hills which are very uniform in shape and mostly between 30 and 50 meters high. They are covered with grass, which at the end of the dry seasons, turns chocolate brown one drives through the lush man – made forest of the towns of the loboc and bilar planted with mahogany and edmic trees. The highlight of the entire trip is 50 min loboc river cruise on board a motorized catamaran boat. on the Philippine island of Bohol, there is a sanctuary populated not just by skinny trees but also by protected tarsiers, an endangered species of strange-looking primates that cling to the thin branches with their long, alien fingers. Overnight at the hotel.

Breakfast at the hotel.Check-out at 12:00 noon. Transferred back to your airport for your flight.