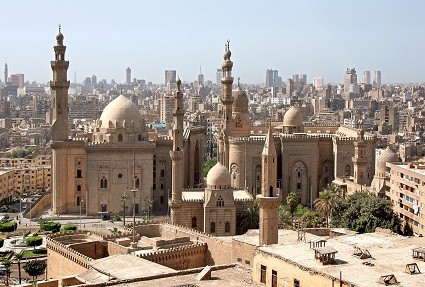 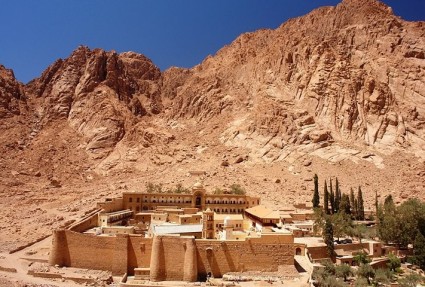 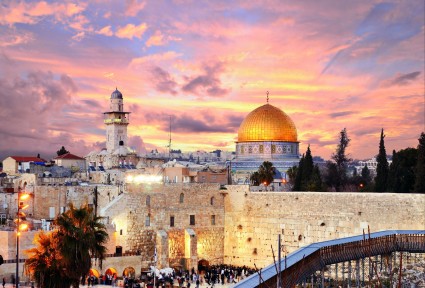 Egypt, officially the Arab Republic of Egypt, is a country in the northeast corner of Africa, whose territory in the Sinai Peninsula extends beyond the continental boundary with Asia, as traditionally defined. Egypt is bordered by the Gaza Strip and Israel to the northeast, the Gulf of Aqaba and the Red Sea to the east, Sudan to the south, Libya to the west, and the Mediterranean Sea to the north. Across the Gulf of Aqaba lies Jordan, across the Red Sea lies Saudi Arabia, and across the Mediterranean lie Greece, Turkey and Cyprus, although none share a land border with Egypt.

Egypt has one of the longest histories of any country, tracing its heritage back to the 6th–4th millennia BCE. Considered a cradle of civilisation, Ancient Egypt saw some of the earliest developments of writing, agriculture, urbanisation, organised religion and central government. Iconic monuments such as the Giza Necropolis and its Great Sphinx, as well the ruins of Memphis, Thebes, Karnak, and the Valley of the Kings, reflect this legacy and remain a significant focus of scientific and popular interest. Egypt’s long and rich cultural heritage is an integral part of its national identity, which has endured, and often assimilated, various foreign influences, including Greek, Persian, Roman, Arab, Ottoman Turkish, and Nubian. Egypt was an early and important centre of Christianity, but was largely Islamised in the seventh century and remains a predominantly Muslim country, albeit with a significant Christian minority.

From the 16th to the beginning of the 20th century, Egypt was ruled by foreign imperial powers: The Ottoman Empire and the British Empire. Modern Egypt dates back to 1922, when it gained nominal independence from the British Empire as a monarchy. However, British military occupation of Egypt continued, and many Egyptians believed that the monarchy was an instrument of British colonialism. Following the 1952 revolution, Egypt expelled British soldiers and bureaucrats and ended British occupation, nationalized the British-held Suez Canal, exiled King Farouk and his family, and declared itself a republic. In 1958 it merged with Syria to form the United Arab Republic, which dissolved in 1961. Throughout the second half of the 20th century, Egypt endured social and religious strife and political instability, fighting several armed conflicts with Israel in 1948, 1956, 1967 and 1973, and occupying the Gaza Strip intermittently until 1967. In 1978, Egypt signed the Camp David Accords, officially withdrawing from the Gaza Strip and recognising Israel. The country continues to face challenges, from political unrest, including the recent 2011 revolution and its aftermath, to terrorism and economic underdevelopment. Egypt’s current government is a semi-presidential republic headed by President Abdel Fattah el-Sisi, which has been described by a number of watchdogs as authoritarian. 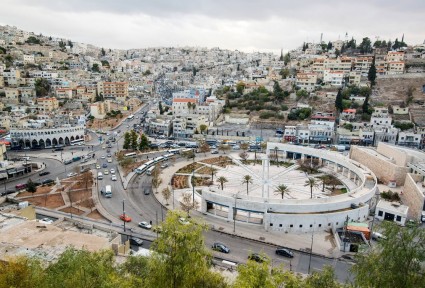 Arrival at Amman, Meet our representative who will guide you to the hotel. Check in to the hotel & relax. Dinner and Overnight at the hotel.
Meal Included
Dinner

After breakfast , we'll visit the amazing Nabatian city of Petra. We'll be visiting Siq with horse ride and temples and tombs carved into the mountain side. Dinner and Overnight at the hotel.
Meal Included
BreakfastDinner 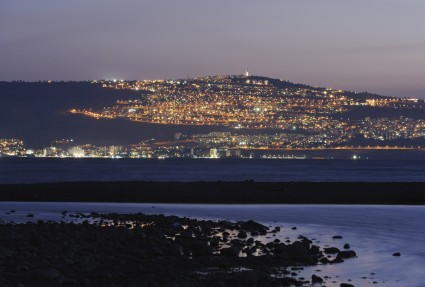 After breakfast at the hotel, check out from hotel. Proceed to visit Mt. Nebo and Madeba. We will cross the border to Israel. We will drive to Nazareth, where the Angel Gabriel appeared before Mary and where Jesus spent his Boyhood. Visit the church of the Annunciation and St. Josephs work-shop and the home of the Holy Family. We will drive to Cana where Jesus changed the water into wine. Couples will renew their marriage vows in the church of Cana. Arrive at Tiberias, check in to the hotel & relax. Dinner and Overnight at the hotel.
Meal Included
BreakfastDinner

After breakfast, proceed to drive to Mount of Beatitudes where Jesus Christ delivered the sermon on the mountain. We'll then go to Tabgha where it is believed that the miracle of the fish and the loaves happened, Capernaum -one of the main cities in the area in Jesus' time. We'll then be able to feel how it was like in Jesus' time Sea of Galilee with a Boat Ride across the Sea of Galilee. We'll finish our day in Yardenit baptismal site, where if one wants he can be baptized. Dinner and Overnight at the hotel.
Meal Included
BreakfastDinner

After breakfast, check out from the hotel. Proceed to drive to Muchraka (Mount Carmel) - the place where Prophet Elijah defeated the 400 Baal prophets, we'll visit Haifa promenade for an overview of Baha'i Gardens, Port and City of Haifa. We'll drive to Jerusalem. On arrival there, check in to the hotel & relax. Later visit the Prayer Tower center. We will visit Bethlehem where we'll visit Church of Nativity, and Shepherd's Field- where the shepherds heard the good news. Post tour return back to the hotel. Dinner and Overnight at the hotel.
Meal Included
BreakfastDinner

After breakfast, proceed to drive to Jerusalem visiting Mount of Olives- the place where Jesus Christ spent his last hours, and the place where He made his way into Jerusalem, riding the back of the donkey- a way that we will do too by Palm Sunday path to Garden of Gethsemane- the place where Jesus prayed in his last hours. We'll visit Caiaphas's House (chief priest in Jesus' time) Mount Zion - Upper Room (last supper), Jewish and Christian Quarters, Western Wall- the only remain from the Temple, and the Jewish holiest place. We'll continue visiting Temple Mount, St. Ann, Ecce Homo- believed to be the place where Pilate gave Christ out to the crowds to be judged, Via Dolorosa- the way of suffering and the old city bazaar. We will have a Messianic Jewish pastor interaction before heading to Bethlehem for an overnight stay. Dinner and Overnight at the hotel.
Meal Included
BreakfastDinner

After breakfast, check out from the hotel, we will pass by the oldest known city in the world- Jericho. After arriving to the Dead Sea we'll visit Qumran- the place where the Dead Sea Scrolls were found, and we'll Swim (or Float...) in the Dead Sea. We'll then make our way to Eilat. Proceed to the Taba border and cross to Egypt. Dinner and overnight at our hotel in St. Catherine.
Meal Included
BreakfastDinner

After breakfast, you may join an early dawn excursion to Mount Sinai, where the Ten Commandments were given to Moses. It will be an ethereal feeling. Enjoy the breathtaking view of sunrise from the peak. Visit the Monastery then continue to Cairo passing by the Suez Canal and Moses Springs. On arrival at Cairo, check in to the hotel & relax. Dinner and Overnight at the hotel.
Meal Included
BreakfastDinner

After breakfast, start at the Egyptian Museum housing the gold treasures of Tutankhamen, an exciting first encounter with the splendor of three millennia of Egyptian civilization. This is one of the richest and remarkable museums in the world. Finally, see a Wonder of the World, the Pyramids of Giza and the nearby Sphinx. Continue to the huge El Khalili bazaars to shop for souvenirs. Feel the time of Cleopatra as you take on a Nile River cruise with a folkloric show. Post tour return back to the hotel. Dinner and Overnight at the hotel.
Meal Included
BreakfastDinner

After breakfast, Drive to Old Cairo to visit the Church of the Holy Virgin Mary or the "Hanging Church" built in the 4th BC. Then to St. Sergius Coptic Church nearby. Visit to the interesting Pharaonic Village to see how the Egyptians lived during the olden times. Proceed to the airport for you flight back home.
Meal Included
Breakfast