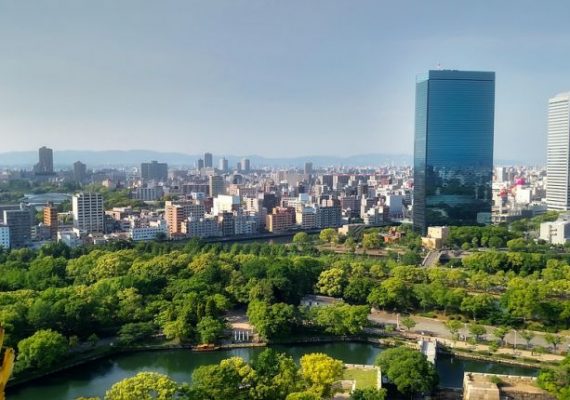 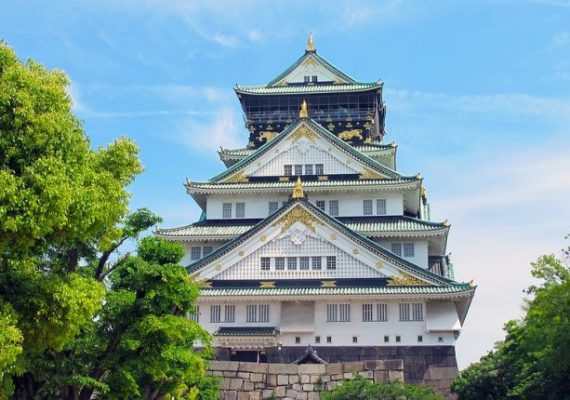 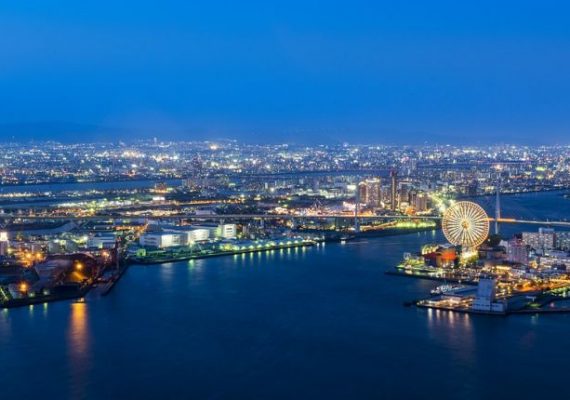 The kanji that make up Japan’s name mean ‘sun origin’, and it is often called the “Land of the Rising Sun”. Japan is the world’s 4th largest island country and encompasses about 6,852 islands. The stratovolcanic archipelago has five main islands: Honshu, Hokkaido, Kyushu, Shikoku and Okinawa which make up about 97% percent of Japan’s land area.[15] The country is divided into 47 prefectures in eight regions, with Hokkaido being the northernmost prefecture and Okinawa being the southernmost one. Japan is the 2nd most populous island country. The population of approximately 126 million is the world’s eleventh largest, of which 98.5% are ethnic Japanese. 90.7% of people live in cities, while 9.3% live in the countryside.[16] About 13.8 million people live in Tokyo,[17] the capital of Japan. The Greater Tokyo Area is the most populous metropolitan area in the world with over 38 million people.[18]

Archaeological research indicates that Japan was inhabited as early as the Upper Paleolithic period. The first written mention of Japan is in Chinese history texts from the 1st century AD. Influence from other regions, mainly China, followed by periods of isolation, particularly from Western Europe, has characterized Japan’s history. 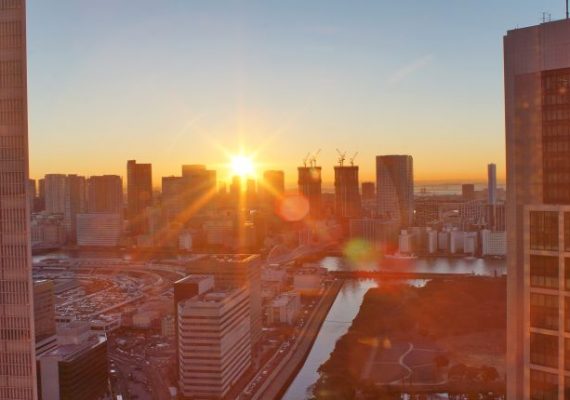 Arrive at Narita Airport. Our guide will assist you at the Airport and later transfer to Hotel on the seat in coach basis. Check in to the Hotel (15:00 Hrs). 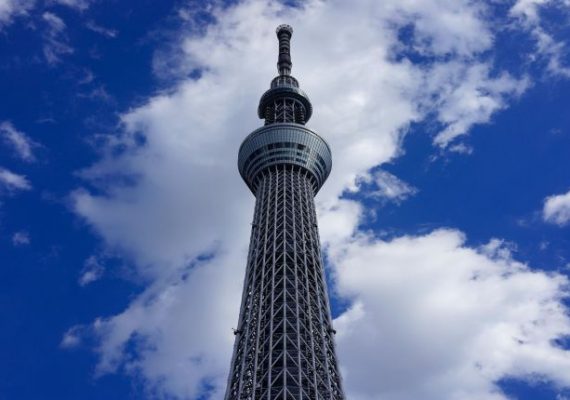 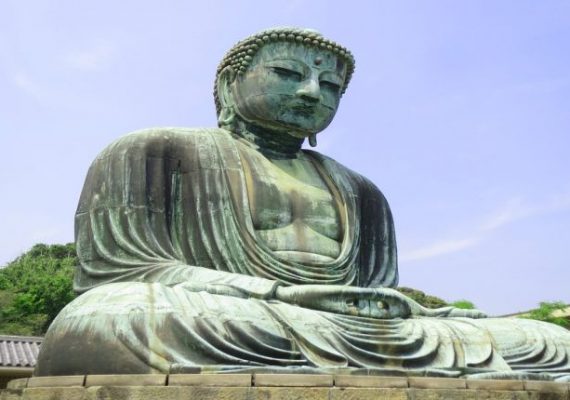 Day 3,Tour to Kamakura and Enoshima

After Breakfast at the hotel, proceed for a full day tour of Kamakura and Enoshima Island Depart from Hamamatsucho Bus Terminal and head to Kamakura by bus. Matcha Green Tea Experience at Jomyo-Ji Temple. Visit Hokoku-Ji Temple (20 min). Enjoy Japanese Style Lunch (veg/non-veg). Kotoku-in Temple and the Great Buddha, Enoshima Sightseeing. This tour ends at Ginza. (Participants will be dropped off at Sukiyabashi Intersection in Ginza. The Great Buddha of Kamakura is a bronze statue of Amida Buddha, which stands on the grounds of Kotokuin Temple. With a height of 13.35 meters, it is the second tallest bronze Buddha statue in Japan. Enoshima Island – Enoshima is a small offshore island, about 4 km in circumference, at the mouth of the Katase River which flows into the Sagami Bay of Kanagawa Prefecture, Japan. The island offers a variety of attractions, including a shrine, park, observation tower, and caves. Views of Mount Fuji can be enjoyed on days with good visibility. Akihabara – It is famous for its many electronics shops. They offer everything from the newest computers, cameras, televisions, mobile phones, electronics parts and home appliances to secondhand goods and electronic junk. 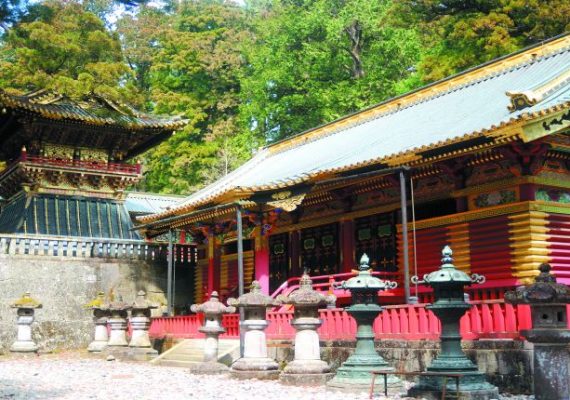 After breakfast at the hotel, proceed to Nikko by coach. Depart from Hamamatsucho Bus Terminal and head to Nikko by bus. Visit Nikko Toshogu Shrine, Enjoy Japanese Style Lunch (veg/non-veg), Lake ChuzenjI (10 min) & Kegon Falls (30 min). This tour disbands upon arrival at Sukiyabashi Intersection in Ginza. Please head to your next destination on your own from Ginza. Toshogu Shrine is the final resting place of Tokugawa Ieyasu, the founder of the Tokugawa Shogunate that ruled Japan for over 250 years until 1868. Lake Chuzenji is a scenic lake in the mountains above the town of Nikko. It is located at the foot of Mount Nantai, Nikko's sacred volcano, whose eruption blocked the valley below, thereby creating Lake Chuzenji about 20,000 years ago. Kegon Waterfall is the almost 100-Meter-tall most famous of Nikko's many beautiful waterfalls. In fact, it is even ranked as one of Japan's three most beautiful falls, along with Nachi Waterfall in Wakayama Prefecture and FukurodaWaterfall in Ibaraki Prefecture. Shinjuku is a large ward, and the shopping referred to here is focused on the Shinjuku Station area. Shinjuku can be divided into three: West, South, and East of Shinjuku Station.

Today after breakfast proceed for Full day Fuji Hakone Tour. Gather at designated locations (hotels in Tokyo) and board the bus bound for Hamamatsucho Bus Terminal. Depart from Hamamatsucho Bus Terminal. (Depart Hamamatsucho Bus Terminal by bus for a sightseeing tour around Tokyo) Visit Mt. Fuji 5th Station (30 min) (Weather Permitted). Enjoy Japanese Style Lunch (veg/non-veg), Lake Ashi Cruise (15 min), Mt. Komagatake Ropeway (50 min). Depart Hakone. Tour Disband at Odawara station. Board Shinkansen depart for SHIN-OSAKA. Arrive Shin-Osaka Station & Board JR local Kyoto Line local for SUMA DEP track 15. Arrive at Osaka station & Head to the hotel on your own. Check in to Hotel. Mount Fuji - Mount Fuji is with 3776meters Japan's highest mountain. Mount Fuji is one of Japan's "Three Holy Mountains" the nearly perfectly shaped volcano has been worshiped as a sacred mountain and experienced immense popularity throughout the centuries. Today, the lake with Mount Fuji in the background is the symbol of Hakone. Gotemba Peace Park-The Peace Park in Gotemba City commands a beautiful view of Mt. Fuji and houses the chalky stupa. The park serves as one of the golden spots in sightseeing in Shizuoka Prefecture. It is located on the mountainside of the outer rim of Hakone crater, commanding a pleasant view of the city. 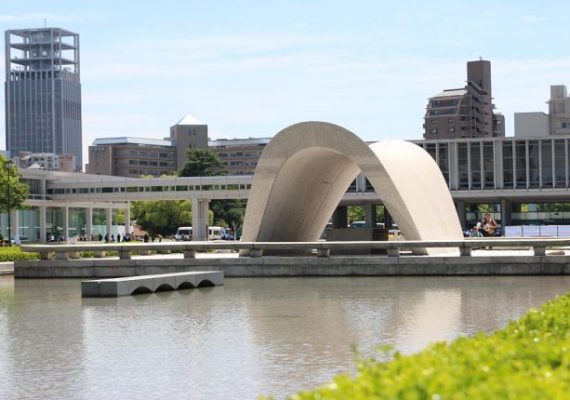 Breakfast at the hotel. Proceed to Odawara station by coach then Odawara to Hiroshima by Bullet train. Shin-Osaka Station to Hiroshima Station (Nozomi or Hikari Shinkansen, reserved seating). Walk Hiroshima station to Hotel Granvia Hiroshima. Head to Miyajimaguchi by bus. Miyajimaguchi goes to Miyajima Port (5 min), Miyajima, Itsukushima Shrine (120 min). From Miyajima Port go to Miyajimaguch - Be Ferry. Depart from Miyajimaguchi (30 min) by bus. Hiroshima Peace Memorial Park & Museum(100 min). Atomic Bomb Dome. Depart Hiroshima Station(110 min)- From Hiroshima Station go to Shin-Osaka Station (Nozomi or Hikari Shinkansen, reserved seat). This tour disbands at Osaka Station, head to hotel own. Hiroshima's Peace Memorial Park - It is one of the most prominent features of the city. Even visitors not looking for it will likely stumble upon the large park of over 120,000 square meters. Its trees, lawns, and walking paths are in stark contrast to the surrounding downtown area. The A-Bomb Dome is a symbol of peace which most people have at least seen at one time in a picture. The building, which was designed by a Czech architect in 1915, had been used as the Hiroshima Prefectural Industrial Promotion Hall. The Hiroshima Peace Memorial Museum is a museum located in Hiroshima Peace Memorial Park, in central Hiroshima, Japan, dedicated to documenting the atomic bombing of Hiroshima inWorldWar II.

Breakfast at the hotel. Day free to explore the city on your own. 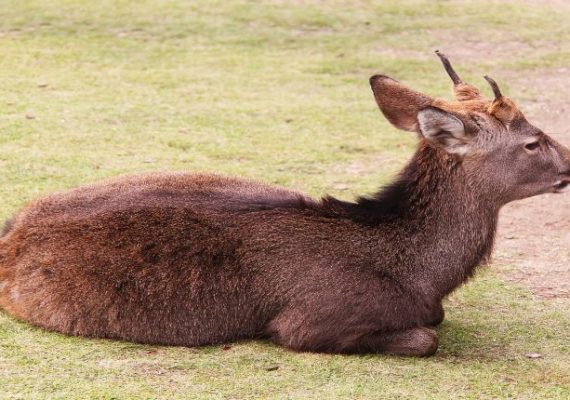 Breakfast at the hotel. From Osaka Station to Kyoto Station ((JR Special Rapid Service or Rapid Service (non-reserved seat) Depart from Avanti Desk (Kyoto Station Hachijo Exit) - Sightseeing of Kyoto and Nara is conducted entirely by bus. Visit Nijo Castle (50 min), Kinkaku-Ji Temple (45 min), Kyoto Imperial Palace (Mondays to Fridays) (40 min) Kitano Tenmangu Shrine (Saturdays, Sundays, holidays, and specific days) (40 min). Japanese style lunch (veg/non-veg). Proceed from Kyoto to Nara (70 min) Nara Park & Todai-Ji Temple (Great Buddha) (70 min). Kasuga Taisha Shrine & Nara Nagomika. From Nara Nagomikan to Kintetsu Nara Station - Via Bus and walking. From Kintetsu Nara Station to Osaka Namba Station (Kintetsu train, non-reserved seat). Tour ends at Osaka Namba Station, Head to Hotel on your own. Nara Deer Park The park is home to hundreds of freely roaming deer. Considered in Shinto to be messengers of the gods, Nara's nearly 1200 deer have become a symbol of the city. Kasuga Taisha is Nara's most celebrated shrine. It was established at the same time as the capital and is dedicated to the deity responsible for the protection of the city. Kasuga Taisha was also the tutelary shrine of the Fujiwara, Japan's most powerful family clan during most of the Nara and Heian Periods. Kinkakuji (Golden Pavilion) is a Zen temple in northern Kyoto whose top two floors are completely covered in gold leaf. Kinkakuji is an impressive structure built overlooking a large pond and is the only building left of Yoshimitsu's former retirement complex. Nishijan – Kimono Show This is a traditional industry touring facility for a hands-on experience of the traditional culture of Japanese clothing. It includes a Kimono fashion show and an opportunity to try on a Kimono. Fushimi Inari Taisha is the head shrine of the god Inari, located in Fushimi Ward in Kyoto, Japan. First and foremost, Inari is the god of rice, but merchants and manufacturers have traditionally worshiped Inari as the patron of business. Each of the torii at Fushimi Inari Taisha has been donated by a Japanese business.

Today after breakfast proceed for full day sightseeing of Osaka. Head to Floating Garden Observatory on foot From Hotel Granvia. Floating Garden Observatory/Umeda District (60 min) - (The open-air observatory overlooks the city of Osaka, Awaji Island, and Mt. Ikoma. Enjoy panoramic views from 170m above the city. Lunch at Hotel Granvia (Western-style meal). From Higashi-Umeda Station to Temmabashi Station (This tour uses public transportation with nonreserved seats.) Osaka Castle, Aqua Liner & Depart from Osakajokoen Station and go to Osaka Station (JR Local Train (non-reserved seat) & this tour disband at Osaka Station, head to hotel own. Osaka Castle It was the largest castle at the time. A Buddhist temple complex, that was once one of the powerful Seven Great Temples, located in the city of Nara, Japan. Its Great Buddha Hall, houses the world's largest bronze statue of the Buddha Vairocana, known in Japanese as Daibutsu. The Umeda Sky Building is the nineteenth-tallest building in Osaka Prefecture, Japan, and one of the city's most recognizable landmarks. It consists of two 40-story towers that connect at their two uppermost stories, with bridges and an escalator crossing the wide atrium-like space in the center. It is in Umeda district of Kita-Ku, Osaka Shinsaibashi Street -Shop around one of Osaka's oldest and busiest shopping destinations which run about 600 meters in length.
Meal Included
Breakfast

Breakfast at the Hotel, Check out and assemble at Hotel Lobby to for transfer to Kansai Airport as per flight schedule. Departure from Kansai Airport Osaka.