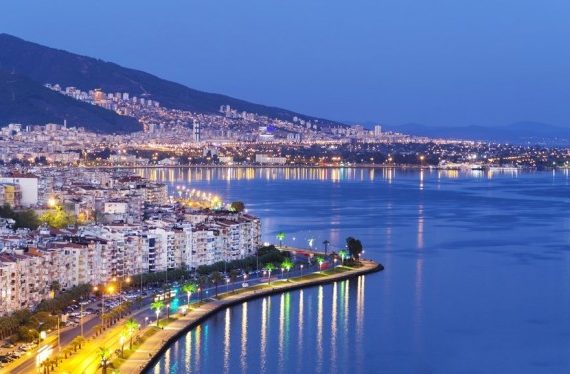 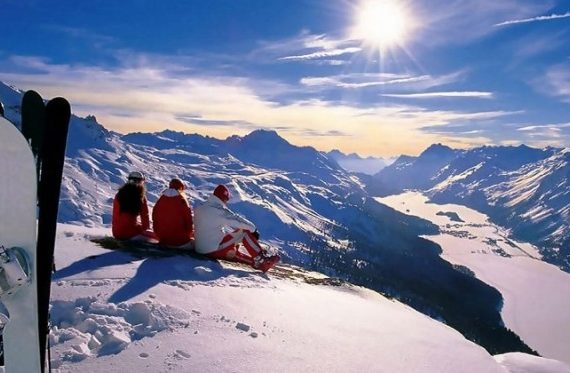 Turkey (Turkish: Türkiye [ˈtyɾcije]), officially the Republic of Turkey (Turkish: Türkiye Cumhuriyeti [ˈtyɾcije dʒumˈhuːɾijeti] (About this soundlisten)), is a transcontinental country located mainly on the Anatolian peninsula in Western Asia, with a smaller portion on the Balkan peninsula in Southeast Europe. East Thrace, the part of Turkey in Europe, is separated from Anatolia by the Sea of Marmara, the Bosphorous strait and the Dardanelles (collectively called the Turkish Straits).Turkey is bordered by Greece and Bulgaria to its northwest; Georgia to its northeast; Armenia, the Azerbaijani exclave of Nakhchivan and Iran to the east; and Iraq and Syria to the south. Istanbul is the largest city while Ankara is the capital. Approximately 70 to 80 per cent of the country’s citizens identify as Turkish. Kurds are the largest minority; the size of the Kurdish population is a subject of dispute with estimates placing the figure at anywhere from 12 to 25 per cent of the population. 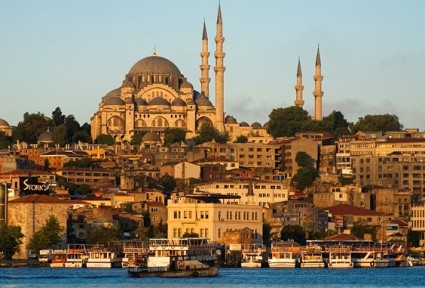 On arrival at the Istanbul, Our representative will meet you at the Airport and transfer to your hotel, check in and leissure time untill the evening pick up for dinner cruise. Evening transfer to Dinner cruise on Bosphorus, Enjoy this exciting performance of music and dancing which sheds light on the citys Anatolian culture. As the show picks up, get ready for classic belly dancing with playful twists and shakes enjoyed by all. Once the show is over, spend the last few minutes admiring the sparkling city as your boat arrives at the port. During Show , taste Turkish appetizers, and set men with the unlimited soft drinks. Post tour return back to hotel. Overnight at the hotel.
Meal Included
Breakfast 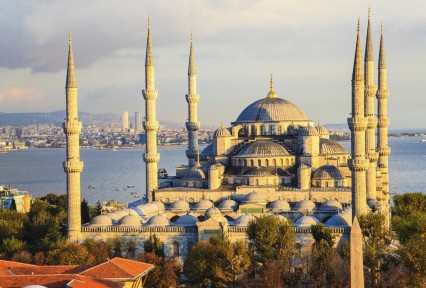 After breakfast, proceed for Old City Tour. In this full day tour, you will visit St Sophia Museum, the pride of the Byzantine architecture, Byzantine Hippodrome, where once chariot races were held; the Blue Mosque, famous for its blue Iznik tiles; and enjoy shopping in the worlds largest covered bazaar with 4000 shops, is known as Grand Bazaar. After lunch, you will visit Topkapi Palace, the famous residence of the Sultans (The Harem section is not included in the tour). Imperial Treasury, gardens, Sultans kitchen, Sacred Relics. Post tour return back to the hotel. Overnight at the hotel.
Meal Included
Breakfast 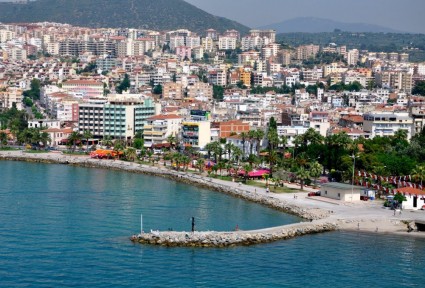 After breakfast transfer to the Airport , upon flight to Izmir, After flight transfer to Kusadasi hotel, check in and relax. Overnight at the hotel.
Meal Included
Breakfast

After breakfast, proceed for Ephesus Tour. First we will visit Virgin Mary House. This place is discovered by Lazarist priests after a German nun described the house and the mountain as the last residence of Virgin Mary after she had some visions about the place. Today this place is a Muslim and Catholic, being cared by Lazarist Fathers. Lazarist Fathers still celebrating the mass every day. Then we will drive to Ephesus. Ephesus was one of the most important harbor cities in antique world and also it is mentioned in the book of Revelations as one of the seven churches. Also Celsus Library and theater in Ephesus are the other highlights. In Ephesus we will see, Celcus Library, Temple of Hadrian, the fountain of Trajan and the Theater. We will have lunch in a local Turkish restaurant. After lunch we will visit Isa Bey Mosque which is built in 1375 by Anatolian Seljuks. The last stop of the tour will be the Artemis Temple, one of the seven wonders of the ancient world, standing today next to Ephesus antique city. Post tour return back to the hotel. Overnight at the hotel.
Meal Included
Breakfast 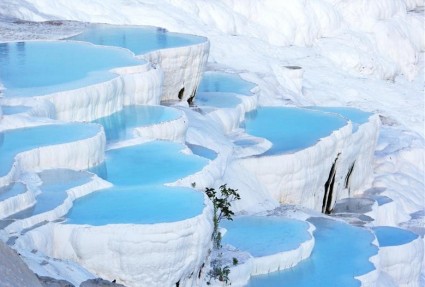 After breakfast, check out from Kusadasi hotel. First destination is Karahayit to see Red Spring Water. We will drive to Pamukkale and visit Hierapolis after Karahayit. After arrival at Pamukkale, check in and relax. The highlights of Hierapolis are Necropolis, Roman Baths, Domitian Gate, Latrina, Oil Factory, Frontinus Street, Agora, Byzantium Gate, Triton Fountain, Cathedral, Apollon Temple, Plutonium, Theater and Antique Pool. Later we will take some photos from the nicest corners of Pamukkale. Free time for about 60 minutes to explore the natural beauties of Pamukkale. Then meet with the guide, start walking in the middle of travertines from up to down without shoes and socks. We will have lunch in a local restaurant. Post tour return back to the hotel. Overnight at the hotel
Meal Included
Breakfast 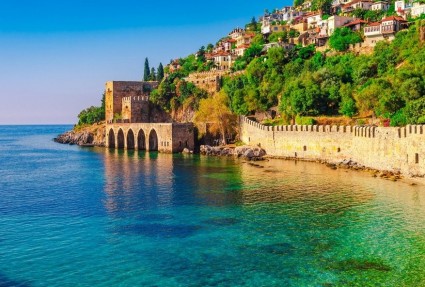 After breakfast, meet with your private car in the reception upon travelling to Antalya,After 4 hours driving arrive to Antalya hotel, check in and relax. Overnight at the hotel.
Meal Included
Breakfast

After breakfast, proceed for Antalya City Tour. The highlights on this tour include a visit to Hadrians Gate, the Clock Tower at Kalekapisi, Republic Square and with its dramatic statue and excellent views of the Mediterranean Coast and the distant Olympos Mountains. Descending from the square, we will explore the narrow, winding streets of historic Old Antalya (Kaleii), filled with graceful,Ottoman era houses and gardens. Our next stop is the Duden II Waterfall that is at the highest cliff of Lara Beach. We will finish the tour with a visit to the archaeological museum. Post tour return back to the hotel. Overnight at the hotel.
Meal Included
Breakfast 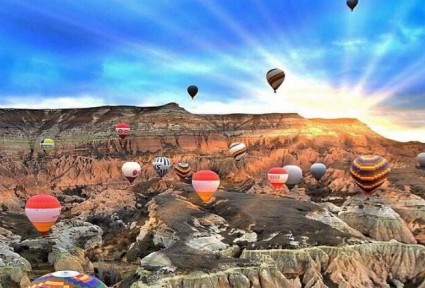 After breakfast transfer to Airport, upon take a connected flight to Cappadoccia, After flight transfer to hotel, check in and relax. Overnight at the hotel.
Meal Included
Breakfast

After breakfast, proceed for the city tour. In the morning, first meeting with the lunar landscape of Cappadocia: rock formations beyond belief in Devrent Valley. Visit to Pasabag fairy chimneys where the voice of wind mixes with the songs of faires near Zelve. Lunch in Avanos, centre of terra cotta work of art since 3000 BC.and a demonstration in a traditional pottery workshop. Afternoon, visit the famous Goreme Open Air Museum and see the best examples of Byzantine art in Cappadocia in rock cut churches with frescoes and paintings ( 10th to 13th century ). Continue to panoramic view point Esentepe. With a spectacular view over Goreme, see the complete view of Goreme valley and Goreme village: fairy chimneys, rock formations and cave houses. End your day with Uchisar Castle. This tall rock, the highest point of the Goreme region. Post tour return back to the hotel. Overnight at the hotel.
Meal Included
Breakfast

After breakfast, transfer to the Airport. End of the our services. Hope you are leaving from Turkey, with unforgattable memories.
Meal Included
Breakfast